A Look Ahead at the Improved Colonial Drive Interchange 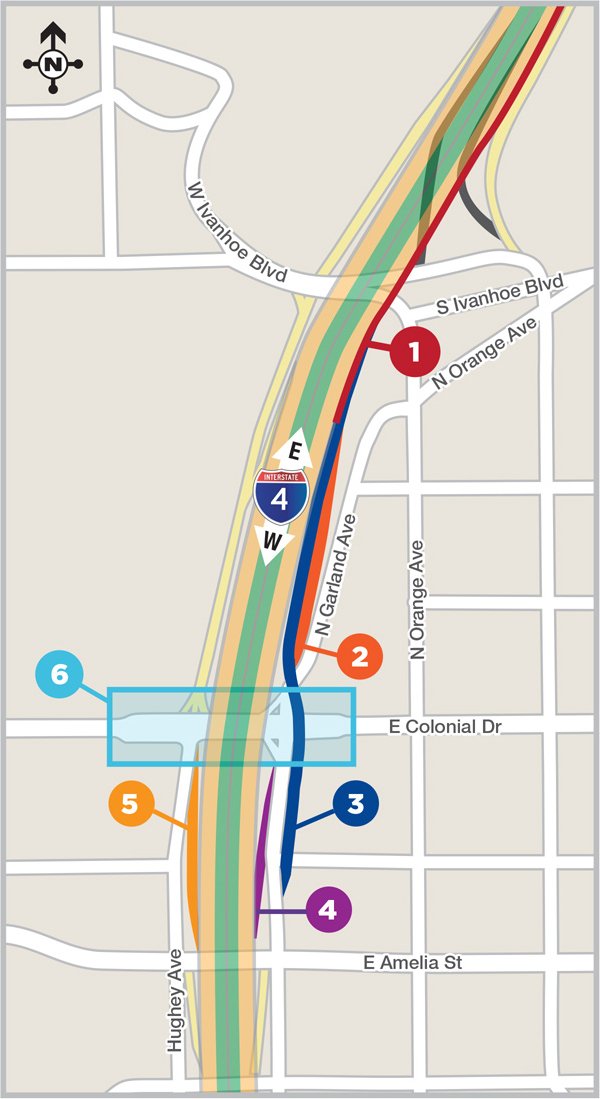 Via @i4Ultimate: Take a look at the future I-4/Colonial Drive interchange http://fdot.tips/2mMgWhC


Recognizing the importance of Colonial Drive (State Road 50) to motorists, residents and businesses, the Florida Department of Transportation (FDOT) is completely rebuilding the interchange of Colonial Drive and Interstate 4 (I-4) in downtown Orlando.

The change will be dramatic and will include I-4 entrance and exit ramps, as well as a complete makeover of the Colonial Drive intersection near and directly under the I-4 bridge.

The redesign is part of the I-4 Ultimate project, which is reconstructing a 21-mile segment of I-4 to increase safety and mobility throughout Central Florida. When completed, the Colonial Drive interchange will look significantly different. But the new configuration will allow for a more efficient flow of traffic on to and off I-4, along the new highway lanes, and on Colonial Drive.

The rebuilding of the interchange involves many significant changes that may seem complicated, but they will create a more efficient interchange, as the accompanying maps and renderings show.

On the westbound side of I-4:

On the eastbound side:

There will be large-scale changes on Colonial Drive beneath the I-4 bridge, which will be remade into a single-point urban interchange (SPUI).

A SPUI is a type of interchange that is used to move large traffic volumes safely and efficiently through an intersection with limited amount of space. A SPUI allows opposing left turns to proceed simultaneously in one single intersection, which is over or under the free-flowing road. The name “single-point” refers to the fact that all through traffic on the arterial street, as well as the traffic turning left onto or off the interchange, can be controlled from a single set of traffic signals.

For more information about the planned improvements at the Colonial Drive interchange, visit i4ultimate.com/FutureColonial.