A look ahead at the improved Ivanhoe Boulevard interchange 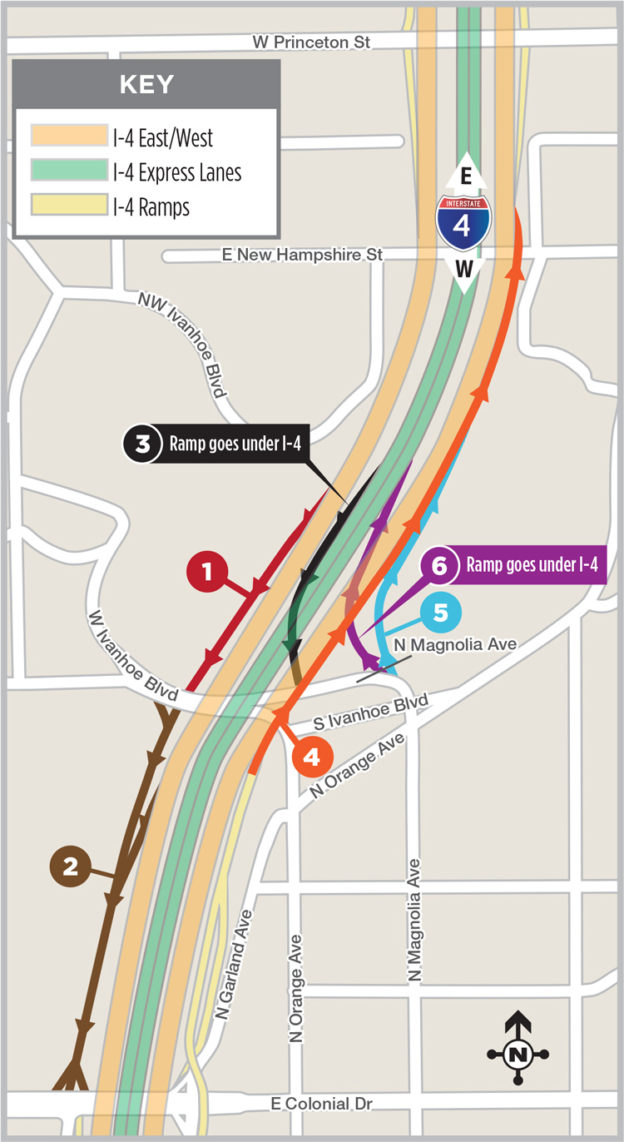 Via @I4Ultimate: Here’s a look at what how the Ivanhoe Blvd interchange will look at the project’s completion http://fdot.tips/2hNyfrH

Some of the most drastic improvements are being made in the downtown area, but that doesn’t necessarily mean that other areas aren’t receiving similar attention.

Interstate 4 (I-4) passes through the area surrounding Ivanhoe Boulevard, the gateway to downtown Orlando. The I-4 Ultimate project aims to improve access and reduce congestion through the area so Central Florida motorists can reach their destinations safely.

The westbound I-4 exit loop ramp at the Ivanhoe interchange will be replaced with a longer and straighter ramp. This will make merging onto Ivanhoe Boulevard easier and safer for drivers.

Drivers may also enjoy direct connect ramps from the I-4 Express Lanes to and from Ivanhoe Boulevard. Decorative pylons at Ivanhoe and throughout the project will be dispersed adjacent to the interstate, and will signify where drivers may enter or exit Express Lanes.

Additionally, an eastbound I-4 acceleration lane from Colonial Drive (State Road 50) through the Ivanhoe interchange is being constructed to allow for greater capacity in the general use lanes.

A frontage road from Ivanhoe Boulevard will improve traffic flow between the interchange and the Colonial Drive interchange.

Together, all of these changes will help accommodate more vehicles entering eastbound and westbound I-4.

“We understand that the Ivanhoe interchange is a unique area, and it requires attention to detail,” said Loreen Bobo, P.E., I-4 Ultimate Construction Program Manager. “At the end of the project, drivers can expect their drive through Ivanhoe to be less congested and much safer.”

To see the upcoming improvements at the Ivanhoe Boulevard interchange and other interchanges along the 21-mile project, visit fdot.tips/FutureI4.