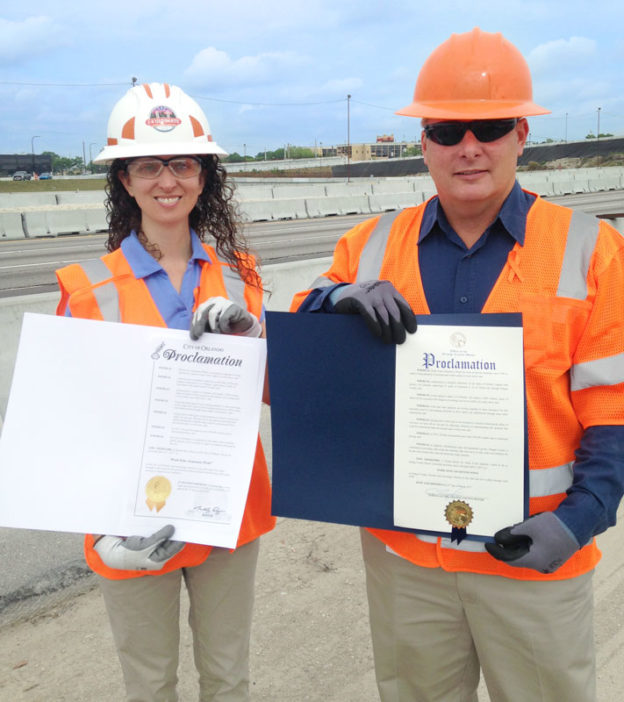 Central Floridians can expect to see a lot of orange on Wednesday, April 5, as the Florida Department of Transportation District Five and its partners Go Orange to support National Work Zone Awareness Week.

As part of the campaign, several buildings and art pieces around Orlando will be lighting up orange for the day. Participating buildings include the AmWay Arena, Lake Eola Fountain, Lynx Central Station, Aloft Hotel, and Central Florida Expressway’s State Road 408 Gateway Bridge.

National Work Zone Awareness Week is from April 3 to April 7 and is designed to help remind drivers about the risks to themselves and workers. The theme for this year’s campaign is Work Zone Safety is in Your Hands and transportation agencies around the country are participating to encourage drivers to slow down and pay attention.

The National Safety Council reports in its 2017 edition of “Injury Facts” that there were 35,500 injuries from work zone crashes in 2015.

The FDOT urges all drivers to slow down, stay alert to changing conditions and warning signs, obey the posted speed limit, and keep a safe distance between vehicles. Drivers may participate in the safety campaign via social media by sharing what drives them to stay safe using the hashtag #WhatDrivesYou.