CLOSURES SCHEDULED AT THE INTERSECTION OF DOUGLAS AVENUE AND CENTRAL PARKWAY.

The Florida Department of Transportation is temporarily closing several movements at the Douglas Avenue and Central Parkway intersection:

The nightly closures are scheduled from 10 p.m. to 6 a.m. in mid-February. The closures are necessary for drainage improvements. Exact dates of these closures will be available on i4Ultimate.com/alertsmap. 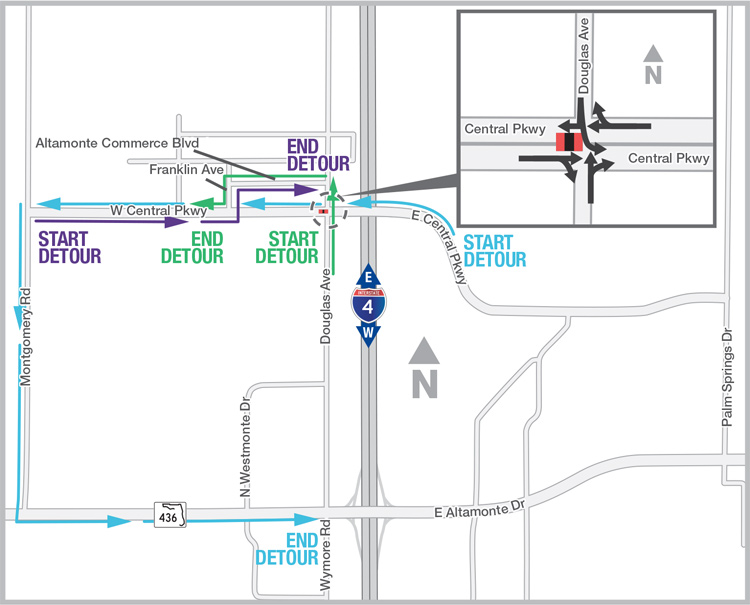