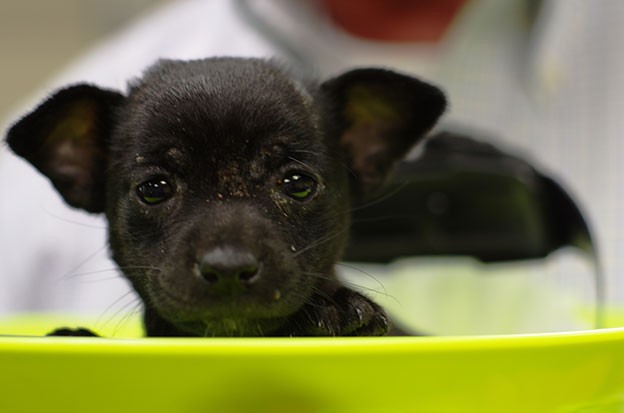 Little Kaley is happy, healthy and the unofficial mascot of the I-4 Ultimate team.

It was a case of a frightened, tiny puppy deciding to show itself at the right time to the right person.

Workers were checking a site near Kaley Avenue a few weeks ago when a scraggly, little animal popped out from behind a drainpipe and bared its teeth.

They thought it was a rat.

Then Mark Wiseman, who works for Volkert, a contractor on the I-4 Ultimate project, realized it was a pup. He scooped it up and decided someone should care for the little dog and it might as well be him. Wiseman got her to a vet, who declared that despite a few fleas, the Chihuahua-mix was in good health for a skinny, abandoned 4-week-old puppy. 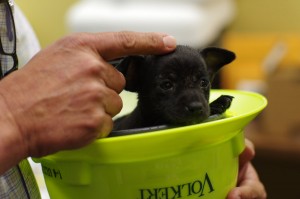 Wiseman named the tiny survivor Kaley in honor of the spot where he found her. Local TV stations ran several reports about the puppy, and before long, she was famous enough to become the project’s unofficial mascot. She has found many new friends at the I-4 Ultimate office who are willing to look after her when Wiseman is out on a worksite.

Kaley is happy, frisky and gaining some weight. But maybe it’s no surprise she’s doing well under the watchful eye of her new owner. After all, that’s sort of Wiseman’s job. He’s a quality assurance supervisor.