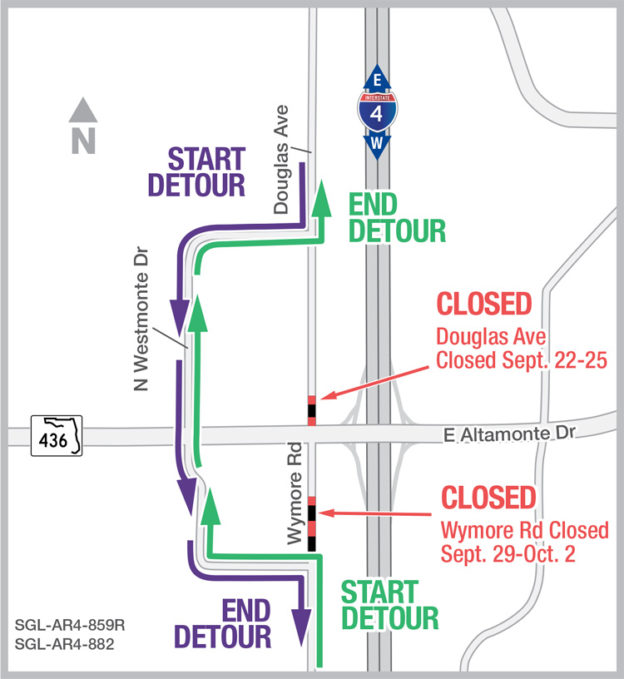 Work to alleviate congestion at the I-4/S.R. 436 interchange is beginning. The I-4 Ultimate project is implementing the redesign of the Wymore Road, Douglas Avenue, S.R. 436 and Westmonte Drive intersections.

The I-4 Ultimate project is temporarily closing Douglas Avenue near State Road (S.R.) 436 beginning at 8 p.m. on Friday, September 22, until 6 a.m. on Monday, September 25.

The next weekend, Wymore Road will be closed near the intersection of Westmonte Drive. The Wymore Road closure will begin at 8 p.m. on Friday, September 29, and end by 6 a.m. on Monday, October 2.

The detour route for these closures is for motorists to use Westmonte Drive. To view or download a detour map of these closures, view: i4ultimate.com/DouglasWymore.