Early evening double lane closures and rolling roadblocks on I-4 near Central Parkway beginning on Oct. 22 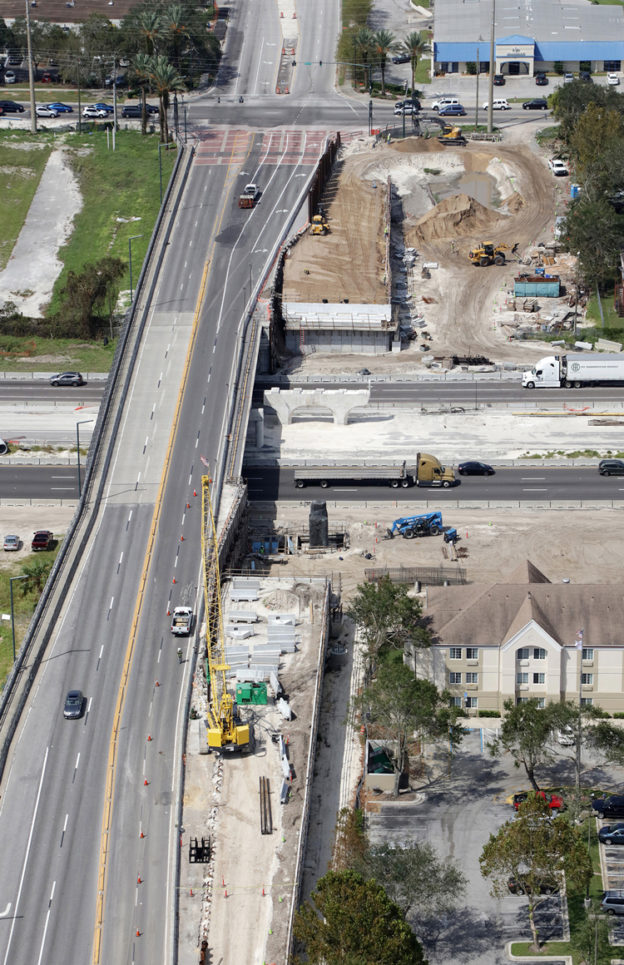 Motorists expect closures on Central Pkwy, Douglas Ave and I-4 from Oct. 20-26 for bridge construction http://fdot.tips/2xUmw7e

Two lanes in both directions of Interstate 4 (I-4) between State Road (S.R.) 436 and S.R. 434 are closing nightly for nearly one week starting the night of Sunday, October 22.

The nightly closures and rolling roadblocks are necessary to safely set steel girders over I-4 for the reconstruction of the Central Parkway overpass. View or download a handout detailing the improvements at S.R. 436 and Central Parkway at: fdot.tips/SR436.

Modifications or extensions to this schedule may become necessary due to weather delays or other unforeseen conditions. Motorists are advised to maintain a safe speed when driving through the work zone