Eastbound & Westbound I-4 Traffic Shifts in Downtown Orlando to Begin 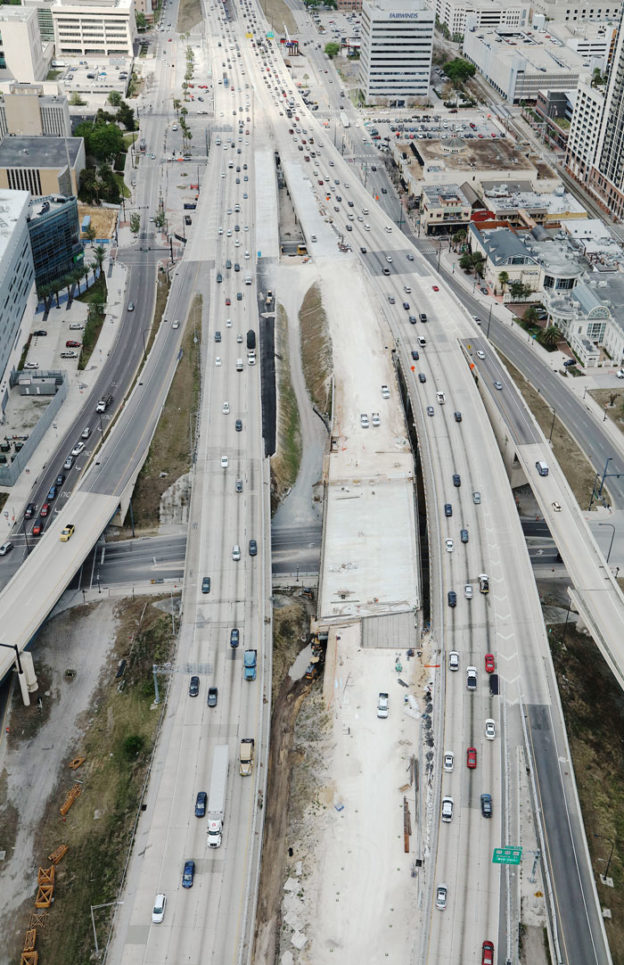 Vis @i4Ultimate: Traffic shifts of I-4 from South St to Colonial Dr. to begin this month http://fdot.tips/2osC7Be

The downtown Orlando construction area of the I-4 Ultimate project reaches a major milestone this month when traffic on eastbound and westbound Interstate 4 (I-4) shifts to newly constructed bridges.

During the traffic shift operation on the night of April 20 and morning of April 21, motorists should expect multiple lane and ramp closures. The westbound I-4 entrance ramps from Ivanhoe Boulevard and Amelia Street will be closed from 10 p.m. to 5 a.m. View the detour routes at fdot.tips/shiftdetours. In addition, the collector-distributor road adjacent to westbound I-4 between Ivanhoe Boulevard and Colonial Drive will be closed as will multiple lanes on westbound I-4. Lane closures may begin as soon as 8 p.m. on April 20.

The new temporary bridges were constructed because of the lack of right-of-way space in the tight quarters of downtown Orlando. By moving I-4 traffic onto the temporary bridges, it gives I-4 Ultimate construction crews the opportunity to begin demolishing the existing eastbound I-4 bridges and constructing new bridges.