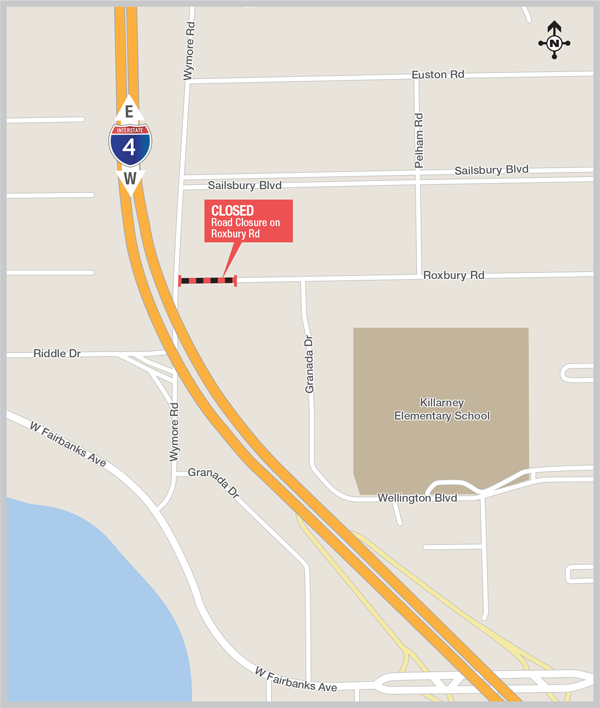 PROPOSED CHANGES TO THE FAIRBANKS CURVE AREA
The I-4 Ultimate project will realign Interstate 4 near Fairbanks Avenue, commonly referred to as the “Fairbanks Curve.” Smoothing out the curve will increase sight distance for motorists and improve overall safety of this stretch of I-4. As a result of the realignment, several local roads in the area will be impacted. The future configuration of this area illustrates five major changes to local roads. 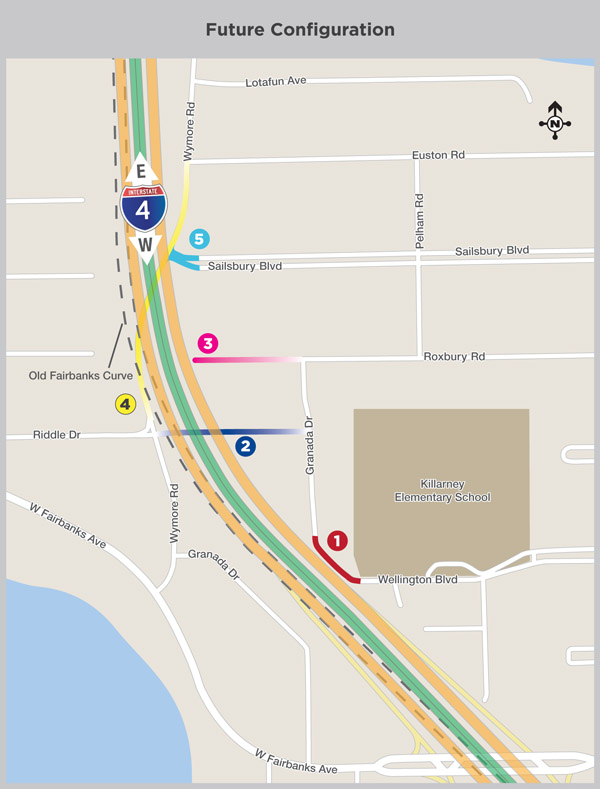 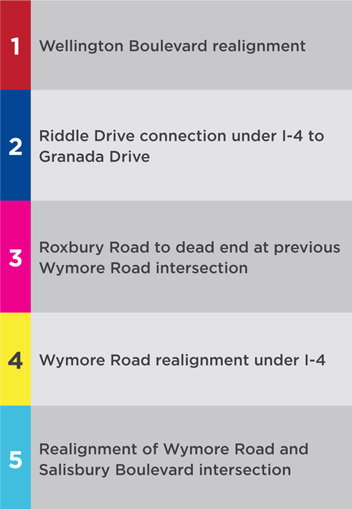