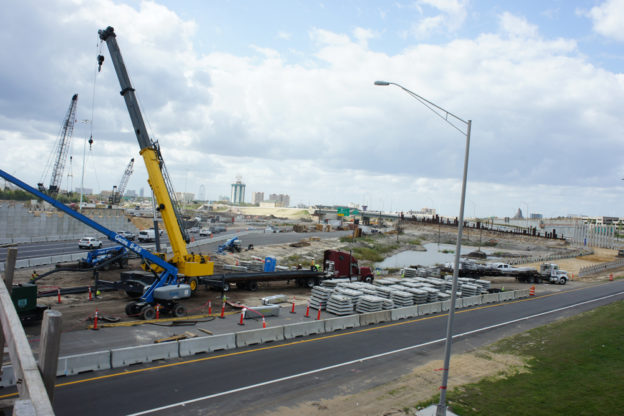 A new overpass for southbound Kirkman Road (State Road 435) at the Interstate 4 (I-4) interchange was opened earlier this month, as the I-4 Ultimate project continues the remarkable pace of remaking this busy gateway to Orlando’s world-class attractions.

Pedestrian access will be a pronounced feature of the new Grand National Drive overpass. Sidewalks on both sides of the bridge will allow tourists to easily stroll from the hotels on Caravan Court to the plethora of shops, restaurants and attractions along International Drive.

Follow the progress of the I-4 Ultimate project at the Kirkman Road and Grand National Drive interchanges by watching the live, high-definition camera perched atop the SkyCoaster at Fun Spot America.

To see all the upcoming improvements at the Kirkman Road and Grand National Drive interchanges, visit i4ultimate.com/futureKirkman.