I-4 Ultimate Dubbed “Deal of the Year” 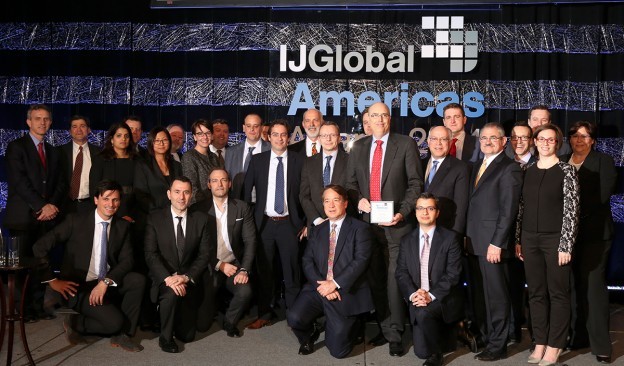 The I-4 Ultimate project is an award winner! I-4 Ultimate was recently honored by IJGlobal (Infrastructure Journal and Project Finance Magazine) as the “Deal of the Year” in the Transport category. The Americas Awards recognize innovation in financing and infrastructure, as well as the leading firms and institutions in the market.

What helped I-4 Ultimate take home the top prize? It is the largest availability-based public-private partnership (P3) in the United States to date and the largest transportation project in Florida history. The project received the largest Transportation Infrastructure Finance and Innovation Act (TIFIA) loan on an availability-based P3 project to date and the third largest ever. In addition, I-4 Ultimate was the first bank deal in the United States P3 market since 2010.

“The Deal of the Year award recognizes our team’s ability to innovate in project finance,” said Cesar Souza, chief executive officer of I-4 Mobility Partners. “It is also the result of a successful partnership between Skanska and John Laing; this project represents the eighth public-private partnership transaction between the two firms and the first in North America.”

The team proudly accepted the award at the Americas Awards ceremony, which was held in New York City. More than 550 market professionals attended the ceremony.