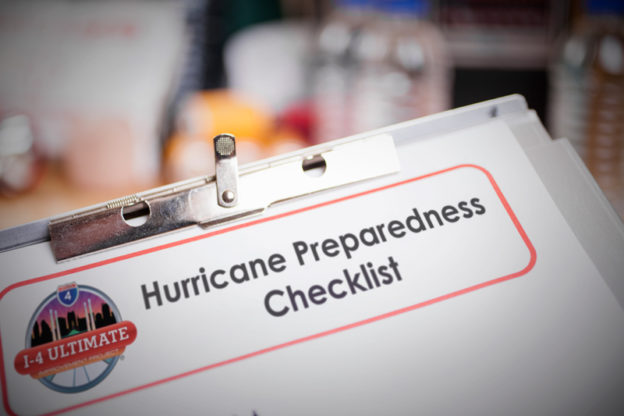 Via @i4Ultimate: #I4Ultimate crews are preparing to weather the storm this hurricane season. Find out how here http://fdot.tips/2h8RHnw

As the hurricane season moves toward its most active months, the I-4 Ultimate team remains alert and ready to put its emergency preparation plans in place in case severe weather strikes Central Florida.

The team follows state-approved policies to keep the public and employees safe and to minimize damage to structures and equipment. Project managers also review their plans to keep essential personnel on duty and in safe locations.

The official hurricane season runs from June 1 to November 30. But the period from mid-August through mid-October accounts for 78 percent of tropical storms and more than 87 percent of hurricanes, according to the National Oceanic and Atmospheric Administration.

When the Florida Department of Transportation gives the order, the I-4 Ultimate team follows its approved procedures to secure or remove traffic barrels, barricades, temporary signage and any other items that strong winds can carry off. Workers also may lower the overhead lights on high-mast poles.

SGL – the construction joint venture of Skanska, Granite and Lane – ensures project staff and everything on the project remains safe. Some of the first preparations include stocking up on emergency supplies and making sure that SGL equipment such as trucks, excavators, bulldozers and portable pumps and generators are fueled and working properly.

After the storm, the team inspects the site for damage, begins safe cleanup activities and then gets back to its regular work schedule on the 21-mile project as soon as possible.

The Florida Department of Highway Safety and Motor Vehicles also has information and links for those who want to make sure their own severe weather plans are up-to-date.