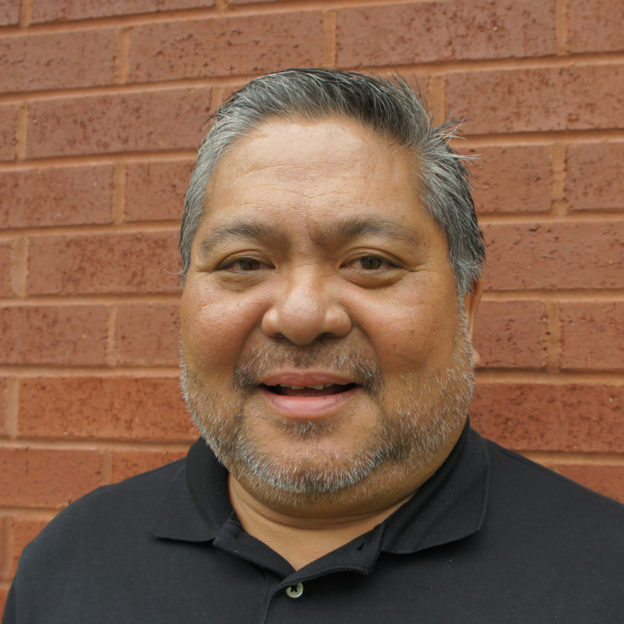 As progress on the I-4 Ultimate project continues and motorists look forward to driving the highly anticipated, signature corridor of the future, Arnie David stays focused on the interstate lanes of today – the ones that commuters and families use during construction.

Several days a week, he monitors the structural health of the highway lanes on Interstate 4 (I-4) and on the side streets near interchanges and any detours. He checks the condition of current guardrails, traffic striping, temporary detours, pavement, drainage, landscaping, and lighting. The challenges and crucial nature of his role is rewarding enough to keep him from even thinking about returning to his former career in the hospitality industry – no matter the heat or humidity.

“I enjoyed my former career, but I won’t ever go back to an inside job,” said David, who works in the Construction Oversight Services team on the I-4 Ultimate project. “I like being outdoors. I like seeing big projects get built, and I like being able to show my four kids and my grandchild the results.”

David had been working for a large hotel corporation for 17 years as a manager in guest services and housekeeping when he began to miss the construction career he had first intended to seek. Having come to the U.S. from the Philippines as a 19-year-old hoping to improve himself, he found a job in a hotel while starting classes in civil engineering at the University of Central Florida.

His supervisors were impressed and convinced him to switch his field of study to the hospitality trades. David enjoyed his hotel work and building his career. “But I kept thinking about my father’s advice that ‘if you’re excited about getting up to go to work, then you’re on the right path.’”

Looking for a change, he contacted friends who told him about the need for construction oversight monitors. So, he made the transition, received on-the-job training, earned all his professional certifications, and now has been working in his second career for almost 20 years.

Along the way, he helped monitor runway construction at Orlando International Airport, two phases of SunRail construction and now I-4 Ultimate. He is an employee of HNTB, which provides construction and engineering services for FDOT on the 21-mile interstate project.

“I’m proud to be part of the I-4 Ultimate project. People will love it when they see how much better, safer and more convenient it’s going to be,” David said. “It’s also nice to know that my grandkids will continue to reap the benefits of the roads I worked on long after I’m no longer around.”