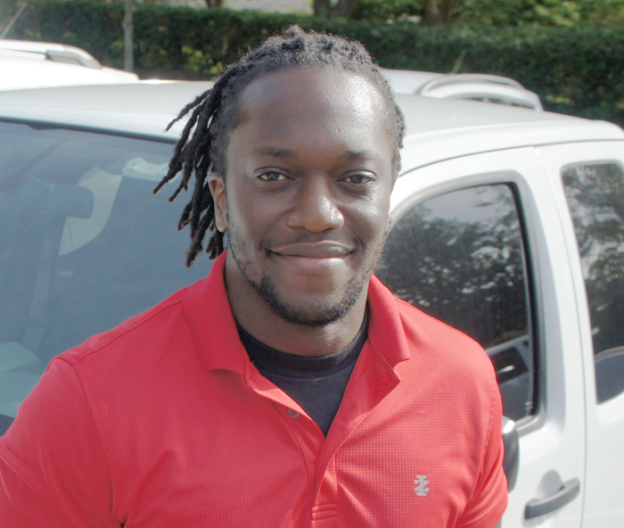 It’s being part of something historic.

As a compliance officer on the Construction Oversight Services team, Jason Halliburton uses levels and plumb lines to make sure that walls are straight and surfaces smooth — and not just to the naked eye — but to the exacting standards specified by I-4 Ultimate specifications.

Halliburton enjoys the work and is proud to be part of the huge I-4 Ultimate Project that is reconstructing a 21-mile segment of Interstate 4 (I-4) from west of Kirkman Road to east of State Road 434. The scale of the project intrigues him and causes him to stretch his own skills that run from reviewing documents to checking the soundness of interstate structures.

He said it is rewarding to be involved with something so memorable. “It’s being part of something historic,” said Halliburton, who works for New Millennium Engineering. He previously worked on the I-95 express lanes project in South Florida.

He hopes to continue finding projects that are grand in scope and design. One day, he’d like to be part projects similar to the Palm Islands project in Dubai and the Millau Viaduct in France. “It’s kind of dream of mine.”

Halliburton, who was born in Jamaica and grew up in Miami, majored in civil engineering at Florida International University. He got his professional start as a draftsman and plans runner by drawing upon skills learned from some family friends and relatives. His mother is an architect and interior designer.

Halliburton said he enjoys his work and is glad he heeded the advice of a college advisor who told him, “Pick a profession that no matter where you are, you are needed.”

He’s hoping that strategy will continue to lead him to other exciting jobs after completing the I-4 Ultimate project. In the meantime, he still enjoys riding his bicycle and racing his motorcycle in his spare time.