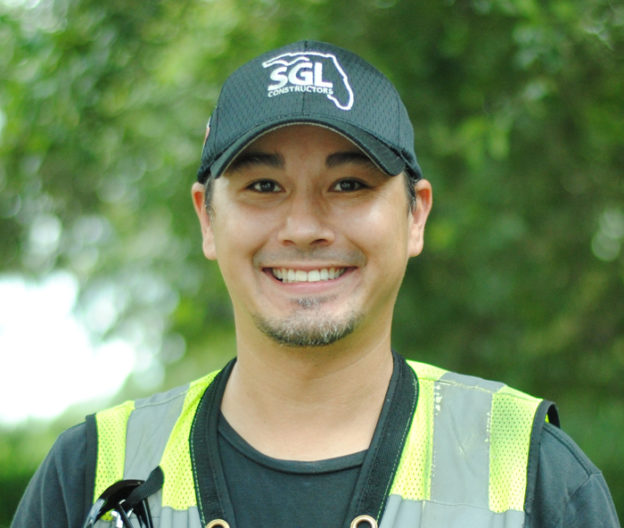 I really like being out in the field and meeting different challenges every day.

Jeremy Cheng reached a stagnant point in his career as a graphic designer. Stuck in a cubicle with repetitive work, he was ready for the change that the On the Job Training (OJT) program provided.

When Cheng started the OJT program, he had no construction experience. Now he’s a maintenance of traffic (MOT) foreman with SGL – the construction joint venture of Skanska, Granite and Lane. As MOT foreman, he’s in charge of things like setting up road closures, putting out detours and running flag operations. He’s also in charge of an MOT specialist, has trained two people in the OJT program and is currently training the third.

He entered this field because a friend had interviewed for the program and told Cheng to give it a shot as well. However, it wasn’t an easy transition. “I had some growing pains in the beginning,” Cheng said. “They didn’t give me the foreman lead position right away. I had to work up to it.”

The opportunity for advancement is one of the major pros for Cheng. His new field allows him many options, and he’s currently working toward becoming a superintendent. “I don’t know everything,” he said. “But I have a good attitude, and I just try to learn something new every day.”

He enjoys working on the I-4 Ultimate project because he likes working with his hands and talking to people. “I really like being out in the field and meeting different challenges every day,” he said.

In his free time Cheng still enjoys art and graphic design and does some projects on the side with his friends. He also enjoys music and played piano for 10 years.

After the I-4 Ultimate project is completed, he’s ready for the next adventure, wherever it may be.