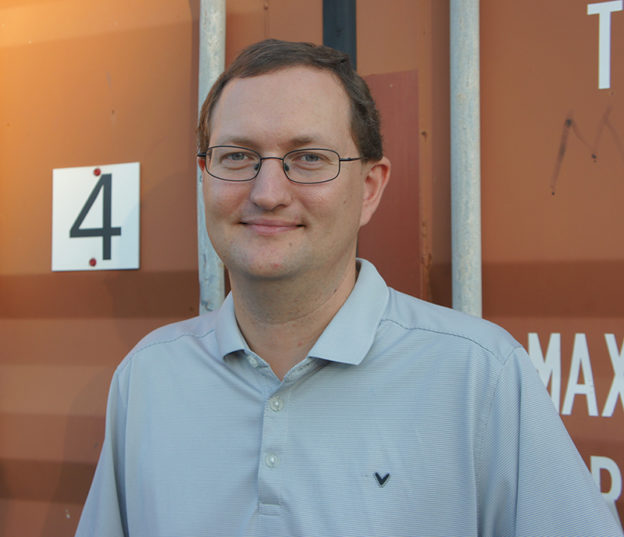 I-4 Ultimate is not just a large construction project familiar to Central Florida motorists and media. It’s also a nationally, and even internationally, recognized venture.

The excitement of dealing with such a challenging – and carefully scrutinized – public-private partnership was one of the reasons that JJ Moegling wanted to be part of the 21-mile project.

“If you say you’re working on I-4 Ultimate, the whole industry knows what you’re talking about,” said Moegling, who is I-4 Ultimate Project Manager for Area 1, which stretches from Kirkman Road to John Young Parkway. While the $2.3 billion effort offers career growth, that’s not his sole motivation.

“This is a legacy project that will help millions of people,” said Moegling, who works for SGL – the joint venture, design-build team of Skanska, Granite and Lane. “I want to look back and be proud of the signature corridor we built to benefit the entire region.”

Moegling supervises all work along the 5.7-mile stretch of Area 1, and he stays in touch with neighbors and nearby businesses, including Universal Orlando. Sometimes that means explaining the project is progressing, even if it’s not obvious to commuters.

“Some people driving by our worksites may not see big changes right away, but that’s because so much effort goes into the work underground.”

Explaining all of that is part of his job. “Construction is a people business,” Moegling said. “I keep in touch with as many people as possible. Some days I could be talking with crew members who move dirt or place concrete; some days I may be talking with an executive vice president of Universal.”

But key messages remain the same. “Overall, what everybody wants to know is that we are building it correctly, safely and efficiently.”

While that doesn’t leave a lot of free time, the Cleveland native likes to follow his hometown sports teams and spend time with his wife, Carine, and their three sons. “I want them to be proud of what we build here.”