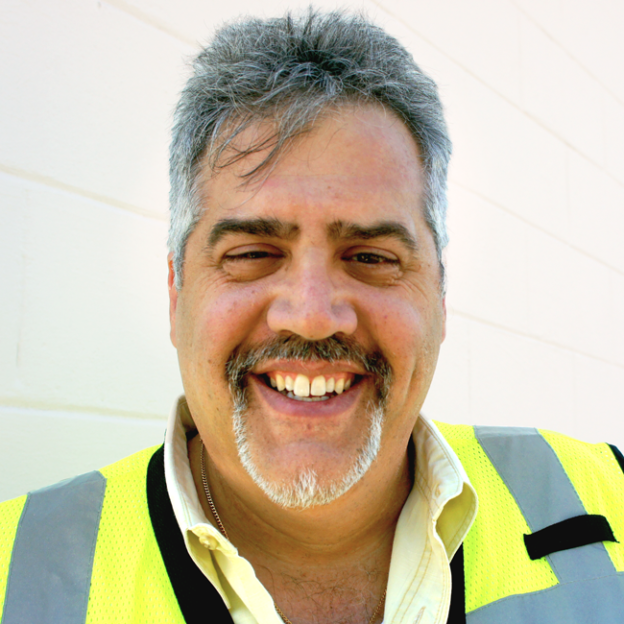 When Joe Morffi was recruited for the job of Operations and Maintenance Manager for the I-4 Ultimate project, his supervisor wanted to make sure he understood one thing: He would be part of the Super Bowl of highway construction projects.

Not only was the 21-mile, $2.3 billion project a huge undertaking, but the Public-Private Partnership (PPP) would be watched closely by motorists, residents, media and those in the industry. Morffi, however, didn’t flinch.

“I wanted to be back on a big project, which enticed me to come up here,” Morffi said. He had worked on a PPP project on Interstate 595 in South Florida. “I never thought about moving out of Miami, but Orlando is a good switch and it’s a city that’s growing.”

Morffi grew up in Miami, and after graduating from the University of Miami, he worked for the Florida Department of Transportation. With 11 years of experience on transportation projects, he felt prepared for the I-4 Ultimate job and was wise enough to know how his group fit into the construction effort.

As the Operations and Maintenance Manager, he makes sure there is a continual flow of traffic on the project. “It’s a massive effort,” he said. “We’re not the highlight, though. We’re not the ones doing the construction. We’re the ones in the background making sure that everything is maintained.”

The Regional Traffic Management Center helps in that process by monitoring live camera feeds, locating disabled vehicles and dispatching Road Rangers and Florida Highway Patrol. They also make sure that debris is cleared from roadways to keep traffic moving.

During hurricane season, Morffi coordinates efforts to make sure the state-approved hurricane emergency plan is followed.

Although maintaining the 21-mile project is difficult, Morffi enjoys his job. “I never have the same day twice and there’s never a dull moment.”

When he’s not working, he spends a lot of time with his daughter and wife. “We’re kind of a small family, so we rely a lot on each other,” he said.