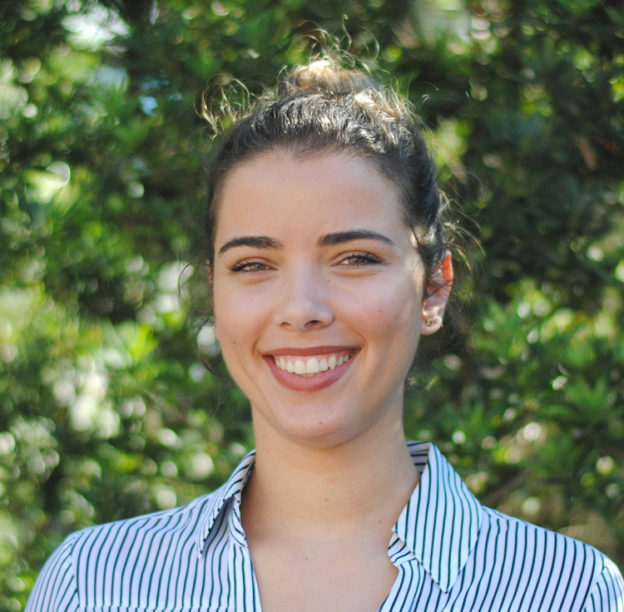 An interest in architecture and how design can improve the life of a community drew Maria Bisi to the I-4 Ultimate project nearly a year ago.

Born, raised and educated in Venezuela, her route to the I-4 project might seem a little surprising. But in another way, she’s just following the path set by her parents.

Both her parents are civil engineers, and Bisi knew she wanted to work in a similar field. She chose architecture because the design aspect fascinates her, and she loves the mindset of striving to create structures and infrastructure based on community needs and not simply aesthetics.

After she graduated with her bachelor’s degree in architecture, she moved with her family to the Sunshine State and began working as an assistant retail manager. She took English classes growing up, but became fluent while working in retail. She worked there for almost two years before her friend told her about the I-4 Ultimate project and recommended she apply.

Bisi started as an administrator in the Maintenance of Traffic (MOT) group 10 months ago and was quickly promoted to MOT Office engineer – as part of SGL Constructors, the joint venture team of Skanska, Granite and Lane. Her duties include collecting the MOT schedules for each night and assembling them into one document for the entire team. She also reviews MOT requests and coordinates with police officers for rolling roadblocks and other closures.

When she’s not working, Bisi likes to take weekend getaways. She’s visited Houston, San Diego and all around Florida. She also has a schnauzer named Manolo, and she likes watching TV, partly because it helped her become fluent in English.

The job of MOT Office Engineer can be overwhelming sometimes, but everyone is cheerful and positive. “It’s nice working with so many experienced people,” Bisi said. She also enjoys seeing how design can benefit the lifestyle of a bustling region.  “It’s really nice to work on a project with such a big impact,” Bisi said.