Looking Beyond I-4 Ultimate 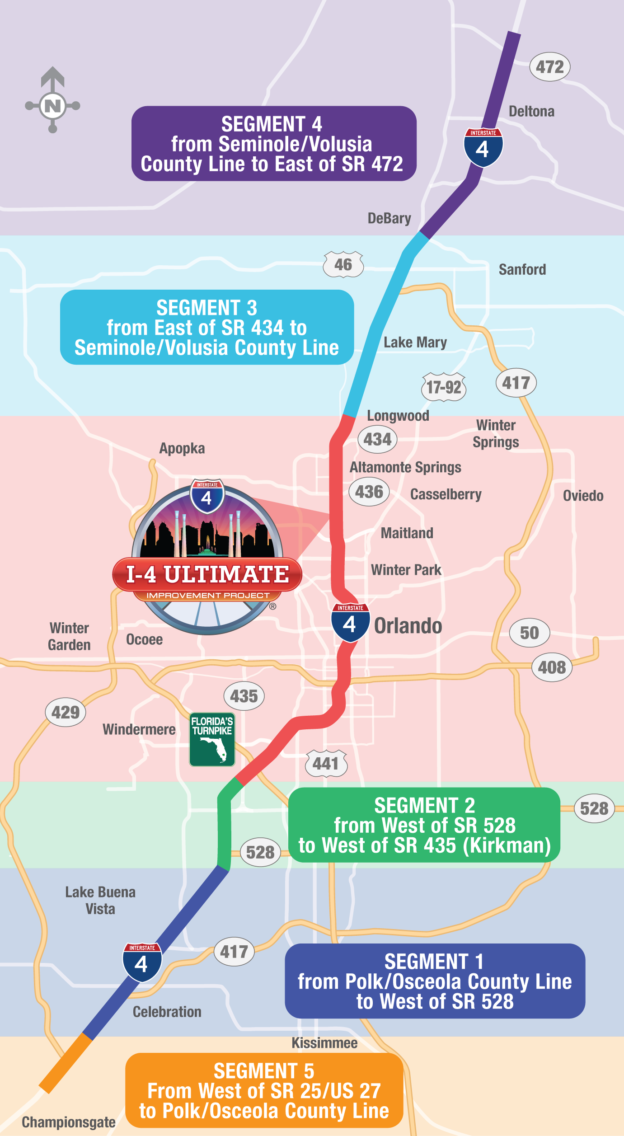 Via @i4Ultimate: Beyond the Ultimate plans move ahead http://fdot.tips/2skGC6M

While the I-4 Ultimate reconstruction project continues to progress toward completion in 2021, the Florida Department of Transportation (FDOT) also is moving ahead with plans for a set of projects known as Beyond the Ultimate.

The ongoing I-4 Ultimate project stretches 21 miles from west of the Kirkman Road (State Road 435) interchange to east of the S.R. 434 interchange in Longwood. The proposed Beyond the Ultimate consists of five different project segments. Overall, they comprise approximately 40 miles.

Public informational meetings about the Beyond the Ultimate project have been going on for several years and will continue as the individual projects move ahead. Each segment of the project must undergo a stringent several-step process that includes planning, environmental study, preliminary design, right-of-way considerations, design and construction.

Each of the five segments of the 40-mile Beyond the Ultimate project are at different stages of funding, and some timelines and funding amounts may change in July. Currently, however, the area closest to a construction date is Segment 2, which is a 3.5-mile section that runs between Beachline Expressway (S.R. 528) and Kirkman Road. Construction of that segment will likely start in late 2019, said FDOT Project Manager Beata Stys-Palasz, P.E.

All segments will include four dynamic tolled Express Lanes (two in each direction) and six non-tolled lanes.