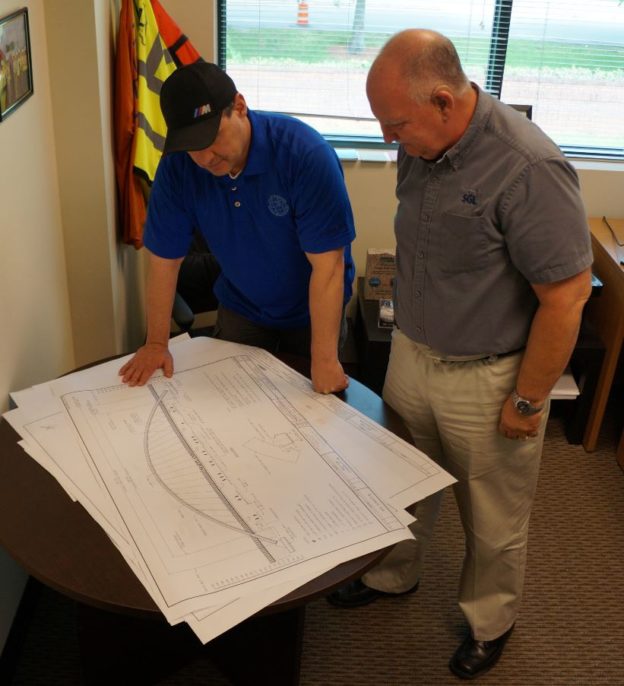 The design of the Maitland pedestrian bridge is advancing at a healthy pace.

The 600-ft long bridge, which will cross Interstate 4 (I-4) and connect the sidewalks at Lake Destiny Road and Wymore Road, is being built in conjunction with the Maitland Boulevard interchange.

The curved bridge will be suspended over I-4 by 20 pairs of thick steel cables attached to a 142-ft high arch.

“There will be a final review, and (The Florida Department of Transportation) will review it as well,” he explained. “The time in which the design advances from 90 percent to 100 percent could take up to two months, including the Release for Construction Process by FDOT. The entire design process for this bridge will total nearly a year.”

Some additions include a realignment of the pathways leading up to the bridge to allow for more visually appealing landscaping.

A scaled model of the bridge recently underwent rigorous wind tunnel testing to study its stability.

“Even if we never have a hurricane, we need to prepare for one,” he cautioned. “Any bridge that is supported by cables, like this one, will need some kind of wind testing. The tests went well, and they confirmed our design.”

The bridge is unique, and Gudmundsen is excited to see it come to life.

“It will be a challenge to build, but it will be so rewarding once it has been completed,” he said. “We have not found a structure just like this elsewhere. When it’s done, I will be proud to walk on it.”