January Is ‘Move Over’ Month 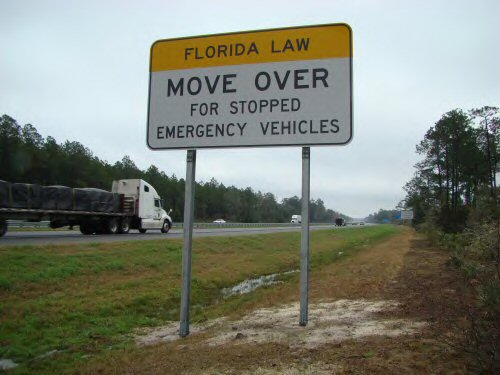 Remember to “Move Over, Florida!” for emergency and service vehicles stopped along the roadway: https://i4ultimate.com/january-is-move-over-month/

For the month of January, the Florida Department of Highway Safety and Motor Vehicles (DHSMV) is commemorating Move Over month by reminding all motorists to “Move Over, Florida!” for emergency and service vehicles stopped along the roadway.

Move Over violations result in more than 100 crashes per year on Florida roadways, putting motorists and those who work along the roadways at risk. From 2012 to 2014, crashes increased 41 percent and citations increased 68 percent for motorists failing to move over. In addition to endangering law enforcement, first responders, public servants and other motorists, failing to move over can result in fines and points on a driving record.

“The Florida Department of Highway Safety and Motor Vehicles stresses to each driver the importance of complying with the Move Over Act,” said DHSMV Executive Director Terry L. Rhodes. “Move Over, Florida! The simple act of moving over for law enforcement, emergency first responders and other stopped or disabled vehicles gives these public servants adequate space to do their jobs and can greatly increase safety on Florida’s roadways.”

The Move Over Act was enacted in 2002 to help protect law enforcement officers, emergency workers and other public servants when they are performing their duties along the roadside. State law requires vehicles to move over a lane for emergency vehicles, sanitation vehicles, utility service vehicles or wreckers. If a driver cannot move over, they should slow down 20 miles per hour below the posted speed limit.

To comply with the Move Over Act drivers must:

Florida Department of Transportation Secretary Jim Boxold said, “With nearly 20 million residents and a record number of tourists coming to our state, the department is proud to partner with the Florida Department of Highway Safety and Motor Vehicles to remind drivers to move over and slow down when they approach a service vehicle on the road. This helps us protect Florida’s first responders and keep our roadways safe for all users.”

Move Over, Florida! It’s not just the safe thing to do, it’s the law.