New I-4 overpass to provide more options for tourism area 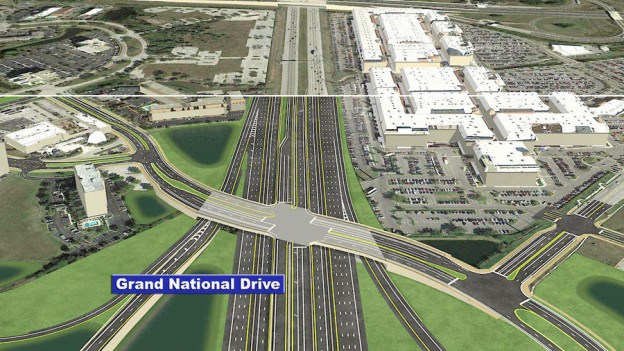 “It is going to provide a relief road to the Kirkman Road area,” said Luann Brooks, Executive Director of the International Drive Business Improvement District. “For instance, we operate a trolley service that currently uses Kirkman Road. When completed in two years, we are going to use the Grand National flyover as a lead line for one of our trolleys.”

At the beginning of July, Grand National Drive was closed from Fun Spot Way to West Oak Ridge Road. The closure will continue until summer 2017 when the new I-4 overpass is completed.

In addition to providing shoppers and thrill-seekers easier access to International Drive’s attractions and outlet malls, the new Grand National Drive overpass will help alleviate congestion on nearby interchanges at Kirkman Road and Universal Boulevard.

“In the long run we think it will be something advantageous for the entire area,” Brooks said.