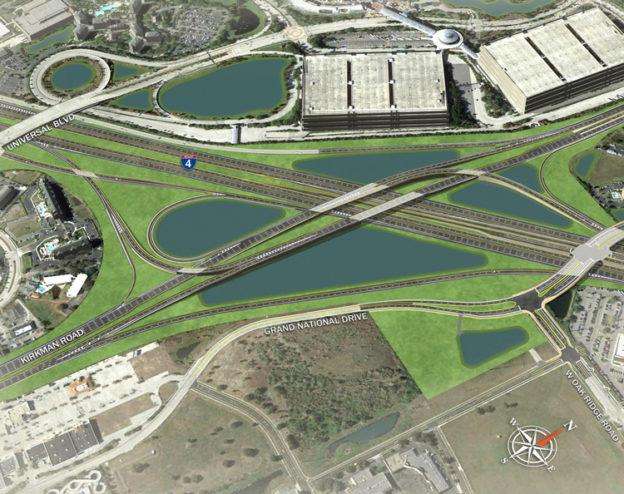 Via @i4Ultimate: Read more on how the improved I-4 and Kirkman Road interchange will improve traffic flow http://fdot.tips/2kdWlCI

Tourists and local visitors flock to the attractions and resorts near the interchange of Interstate 4 (I-4) and Kirkman Road (State Road 435). But that success can create traffic problems.

As part of the I-4 Ultimate project, the interchange is being carefully reimagined to alleviate congestion and safely guide motorists to their desired destination.

Both I-4 and Kirkman Road will be realigned and straightened out for improved safety and mobility. Increased access to both directions of I-4 will be added via new ramps at the interchange.

Existing ramps at the interchange will be lengthened and realigned.

A pedestrian bridge will be added over Kirkman Road at the Major Boulevard intersection, improving safety and connecting Universal Orlando to the hotels.

The interchange is scheduled to be completed in 2019 as a bonus work element.