The Big Machines of I-4 Ultimate: The Volvo Excavator 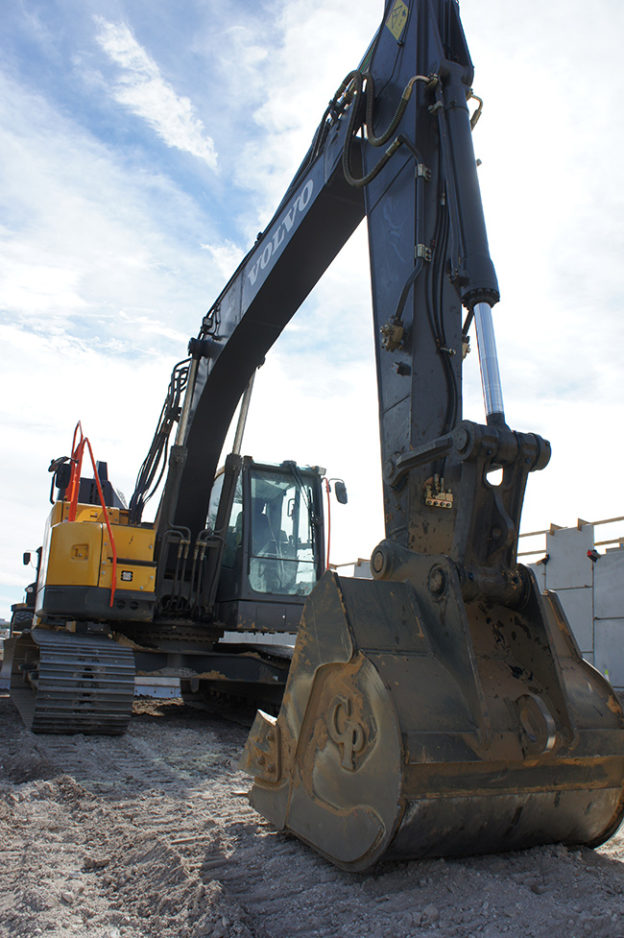 The “Big Machines of #I4Ultimate” includes the nimble Volvo excavators with the ability to quick change attachments http://fdot.tips/2jZNbaR

Typical Tasks: Digging trenches for pipes, loading dump trucks and operating hydraulic hammers. Some have the ability to use a bulldozer blade.

The big Volvo excavators working along the 21-mile length of the I-4 Ultimate project may seem like large, lumbering machines to the average commuter passing by.

But to the I-4 Ultimate team, the machines with cab roofs taller than the rim of a basketball goal and lifting arms that reach over 30 feet are actually nimble, utility vehicles. In a toolbox that includes towering cranes and machines that are assembled in place, the excavators are more like power drills with easy-to-change bits and screwdriver heads.

Picked for its safety, efficiency and versatility, the Volvo ECR305CL is something of a quick-change device — with the ability to switch buckets quickly. Other excavators may require workers using wrenches and hammers to remove or attach buckets. But operators of the Volvos use hydraulically powered pins to release one bucket and snap another in place, saving time and personnel.

SGL — the joint venture of Skanska, Granite, Lane — has ordered more than 30 excavators for the project. “Most of these excavators will be on the site until the end of project,” said Phil Picone, who is SGL Project Equipment Manager. “They can perform several tasks and are built to maneuver in tight places.”

For example, the counterweights on these excavators do not protrude over their treads.

That really helps where worksites are tightly confined spaces such as in downtown Orlando. The excavators can also hold hydraulic hammers used to break concrete and disassemble bridges to be replaced.

In addition to specialized buckets for digging trenches or loading dump trucks, an open — or “skeleton,” bucket — lets the excavator pick up large pieces of concrete or steel and then shake out dirt and rocks before loading the material for recycling.

The Volvo excavators are fuel efficient and comply with Tier 4 emissions standards — currently the highest standard set by the U.S. Environmental Protection Agency, Picone said. Safety features includes a rearview camera, charts for the operator to check limits on loads and a system that sends operating data to a central monitoring station.