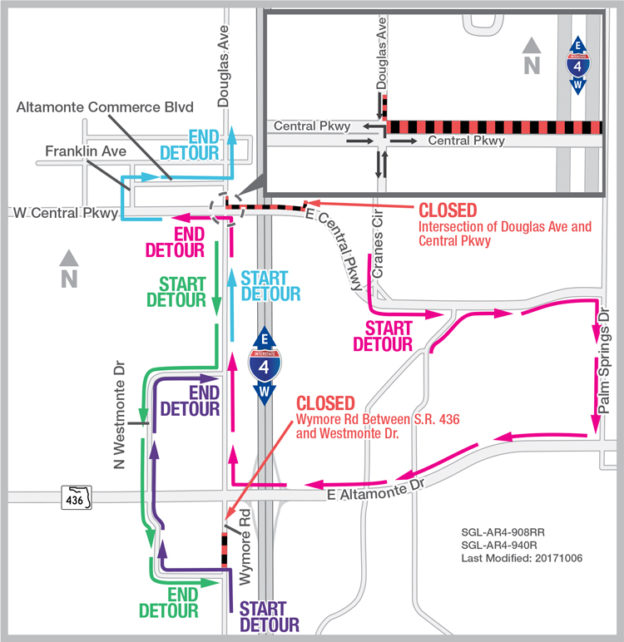 The I-4 Ultimate project is temporarily closing Wymore Road, near the intersection of Westmonte Drive. The Wymore Road closure will begin at 8 p.m. on Friday, October 6, and end by 6 a.m. on Monday, October 9. View detour map